The American Peptide Society, APS, a nonprofit scientific and educational organization founded in 1990, provides a forum for advancing and promoting knowledge of the chemistry and biology of peptides. The approximately fifteen-hundred members of the Society come from North America and from more than forty-five other countries throughout the world. Establishment of the American Peptide Society was a result of the rapid worldwide growth that has occurred in peptide-related research, and of the increasing interaction of peptide scientists with virtually all fields of science.

The European Peptide Society is a non-profit association established for the public benefit to promote in Europe and in neighbouring countries the advancement of education and scientific study of the chemistry, biochemistry, biology and pharmacology of peptides.

The EPS publishes, in co-operation with John Wiley & Sons, the Journal of Peptide Science and the EPS Newsletter. 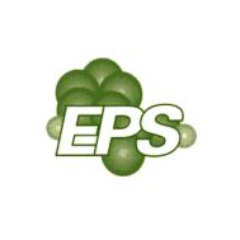 In 1962 the first Japanese Peptide Chemistry Symposium was held in Osaka, organized by Professor Shiro Akabori, Osaka University. Since then, the symposium has been held every year, changing the name of the symposium from “Peptide Chemistry Symposium” to “Peptide Symposium” in 1998. The Symposium is currently held with approximately 500 participants including international delegates. Presentations in the Symposium are provided in English.

The Japanese Peptide Society contributes to the progress of science and human welfare through our activities.

Welcome to the Australian Peptide Association!

The APA’s driving goal is to support and promote Australian peptide science in conjunction with showcasing the latest technologies in the field, drug discovery and development.

We organise and run biennial international scientific conferences, satellites and support local state meetings. Our meetings are designed to be in the fashion of the relaxed Gordon conference – with about 200 delegates and with a friendly and a highly participatory atmosphere. We also have a strong commitment to our early career researchers and students.

Our program is unique in that it is designed to include a blend of delegates with backgrounds in either peptide chemistry, analytical technologies and interesting biological systems. This lends itself to the best cross fertilization of ideas and initiation of collaborative efforts. 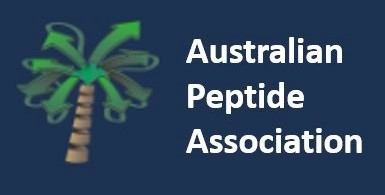 The Protein and Peptide Science Group (PPSG) is one of the RSC’s many Interest Groups. The Interest Groups are member driven groups which exist to benefit RSC members, and the wider chemical science community, in line with the RSC’s strategy and charter.

Our aim is to maintain the logical progression of molecular science through chemistry into biochemistry, biology, medicine, plant and food science. Thus, it has an interdisciplinary approach, representing the Protein science interests of chemists, molecular biologists, structural biologists, Peptide chemists and biologists, medics, members of the biotechnology, food and pharmaceutical industries.

To advance state-of-the-art science through international forums that promote communication, cooperation, and collaboration among scientists involved in the study of proteins.

The Protein Society (TPS) is a not-for-profit scholarly society. Since 1985, TPS has served as the intellectual home of investigators across all disciplines – and from around the world – involved in the study of protein structure, function, and design. TPS provides forums for scientific collaboration and communication and supports professional growth of young investigators through workshops, networking opportunities, and by encouraging junior researchers to participate fully in the Annual Symposium. As well as the meeting, the Society’s prestigious journal Protein Science, edited by Brian Matthews, serves as an ideal platform for furthering the science of proteins in the broadest possible sense.

Chemistry is at the centre of everything you can see, smell, touch and taste.

Whether studying the chemistry of life, or developing the advanced science behind modern technology, chemical scientists use their expertise to improve our health, our environment and our daily lives.

Collaboration is essential. We connect scientists with each other and society as a whole, so they can do their best work and make discoveries and innovation happen.

We publish new research. We develop, recognise and celebrate professional capabilities. We bring people together to spark new ideas and new partnerships. We support teachers to inspire future generations of scientists. And we speak up to influence the people making decisions that affect us all.

We are a catalyst for the chemistry that enriches our world.

Supporting the fight against COVID-19

Coronex has developed a game-changing platform for lateral flow (LF) tests that could be vital in the fight against COVID-19.

This proprietary platform technology has been used to develop highly optimised LF tests for SARS-Cov-2 antibodies. The technology also allows LF tests to be adapted easily and rapidly to detect antibodies to newly isolated variants when mutations arise.

Coronex’s technological advancements optimise the mechanism by which the COVID-19 antibodies are detected in the LF test, thereby minimising ambiguous or inaccurate results whilst also allowing the target antigen to be easily changed.

This means the test kits offer clearer, more accurate results, are easily altered to adapt to virus mutations and are cheaper to manufacture. The technology has been developed and tested over six months on a cohort of COVID-19 samples provided by the NHS Greater Glasgow and Clyde Biorepository Network

·Coronex is now seeking an investment partner to support further development and validation, to bring this innovative test into early clinical use and extend the technology to other diagnostic areas.

“Our unique lateral flow design has several innovative features that will produce a more accurate test than traditional designs, and can be rapidly adapted to viral mutations.”
Coronex